More fun and less fright, these suggestion will grantee an amazing Halloween for children, From spooky to scary these films are tailored for kids to ensure an amazing Halloween’s night of trick or treating. Ranging from the works of Joe Sichta to the wonders of R. L. Stine.

Starting off with the friendly neighborhood Ghost Casper, being 1995 American fantasy live action comedy feature film. The movie promises several laughs as well as some really important lessons on friendship.

Everyone loves Shrek, Scared Shrek less is a 21 minute television special set shortly after the events of Shrek forever after. Set in Halloween time the story is great for kids.

This 2008 film on a story by the infamous R. L. Stine is aimed at a bit older audience, the budding young adults would find this movie a treat before going trick or treating.

This movie is under credited but it’s a great film for kids to enjoy with the family with a bit of comedy, mystery and fun for the whole family.

Scooby Dooby doo and the meddling kids return in this film trying to prevent a magician from turning everyone into monsters. The film came out in 23 September 2008 and is a great Halloween pass time for kids.

These movies will help make Halloween fun and frightful, but remember all the Spookiness is in the mind. 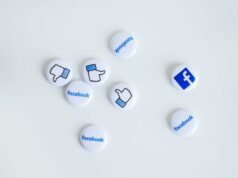