Aww, Ange! World-famous Angelina Jolie shared her compassionate side at The Daily Show on Thursday, Dec. 4, in NYC, kneeling down and comforting a sobbing fan outside the photo studio.

The lady, identified as Techna, was sitting off to the side after struggling an anxiety attack from the throngs of fans forcing to get autographs from Jolie at the taping. Jolie seen her weeping and the star’s motherly intuition right away kicked in. 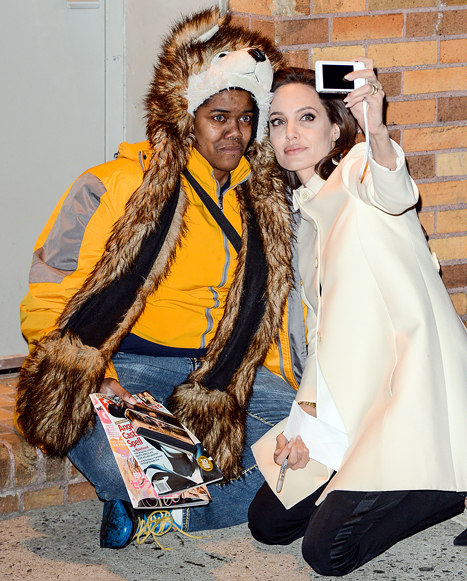 Brad Pitt’s wife, 39, leaned down to talk to the upset fan, and posed for a selfie. Later, Techna took to Instagram to talk about her story, and also the priceless photo captured by Jolie herself. In the picture, Techna manages a happiness through bleary eyes. Jolie, however, keeps the mobile phone with her left hand and stares attractively into the camera.