This film has been basically set on the subject of romantic comedy. In the main cast of the film we have the Kevin Hart, Michael Ealy, Regina Hall, Joy Bryant, Christopher McDonald, and Paula Patton. This film has beeen directed by the famous Steve Pink. The concept of this film has been all taken from the 1974 David Mamet play named as Sexual Perversity in Chicago and it is also the remake of the 1986 film of the same name.

The remake started to found up under the supervision of Screen Gems in January in the year 2011 and the complete cast and crew adding with the director and the ensemble castwere hired in mid-2012. Shooting of the film took place in the late 2012 in Los Angeles, California. Here we would like to highlight for the readers that 1986 film was all taken place in Chicago, Illinois. The film will going to hit the cinemas on the happening of Valentine’s Day, February 14, 2014.

In addition the distribution responsibility of the film “About last Night” will be all held under the Sony Pictures Production. In favor of the film the company has stated that: “A modern reimagining of the classic romantic comedy, this contemporary version closely follows new love for two couples as they journey from the bar to the bedroom and are eventually put to the test in the real world.” 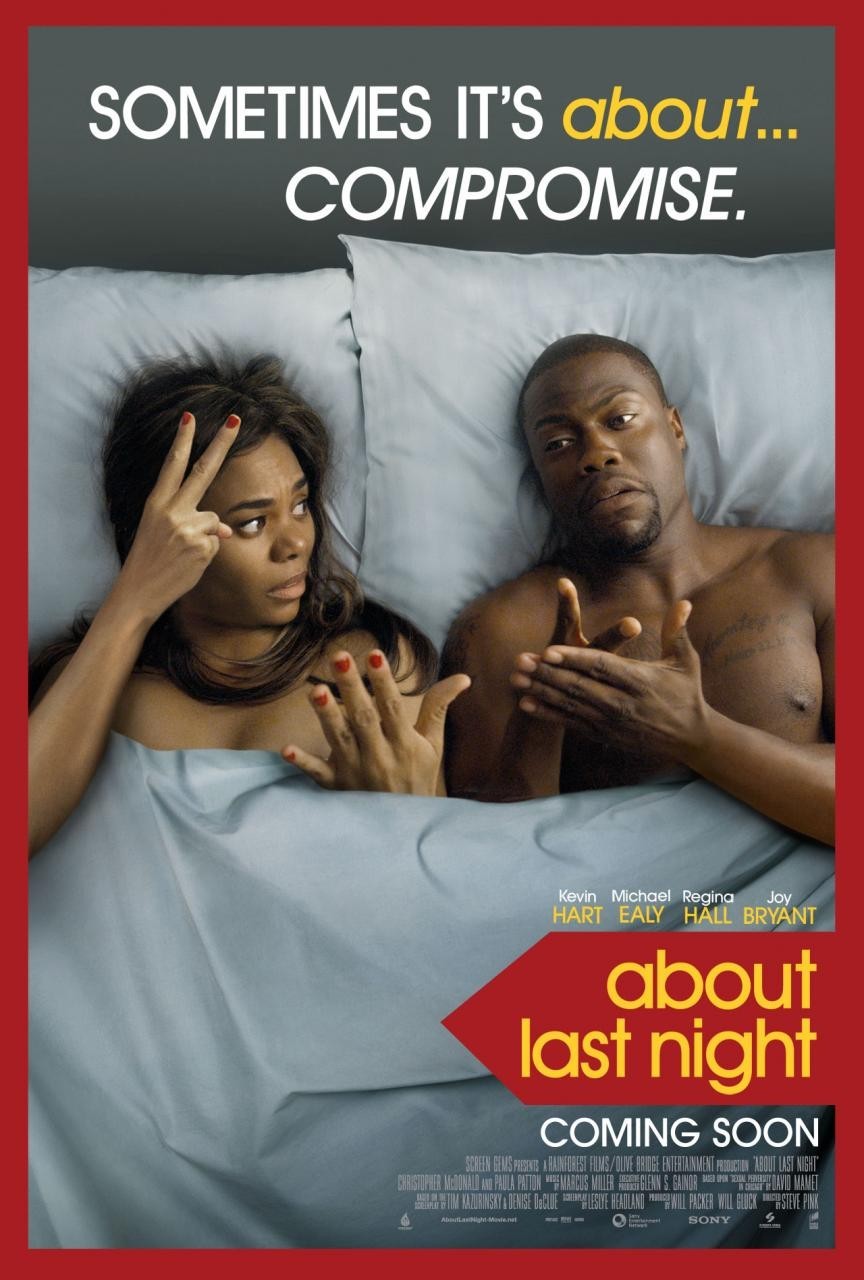 MAIN CAST OF ABOUT LAST NIGHT: